Among other changes, the Wave server executable wave is now called waved (as in wave daemon), and the h2o-wave Python package ships with a new CLI named wave.

listen() has been deprecated in favor of @app. Wave apps are now one line shorter.

The above app can be run using wave run, built into the new wave command line interface.

The wave run command runs your app using live-reload, which means you can view your changes live as you code, without having to refresh your browser manually.

To run your app without live-reload, simply pass --no-reload:

Both the Wave server and application communication architecture has undergone significant performance and concurrency improvements across the board. Apps should now feel lighter, quicker, and more responsive under concurrent or increased load.

The changes in v0.9 brings us closer to a v1.0 release. v1.0 will include the ability to increase the number of worker processes to scale apps, while preserving the simplicity of the Wave API.

The Wave Tour (tour.py) is now quicker and more reliable: 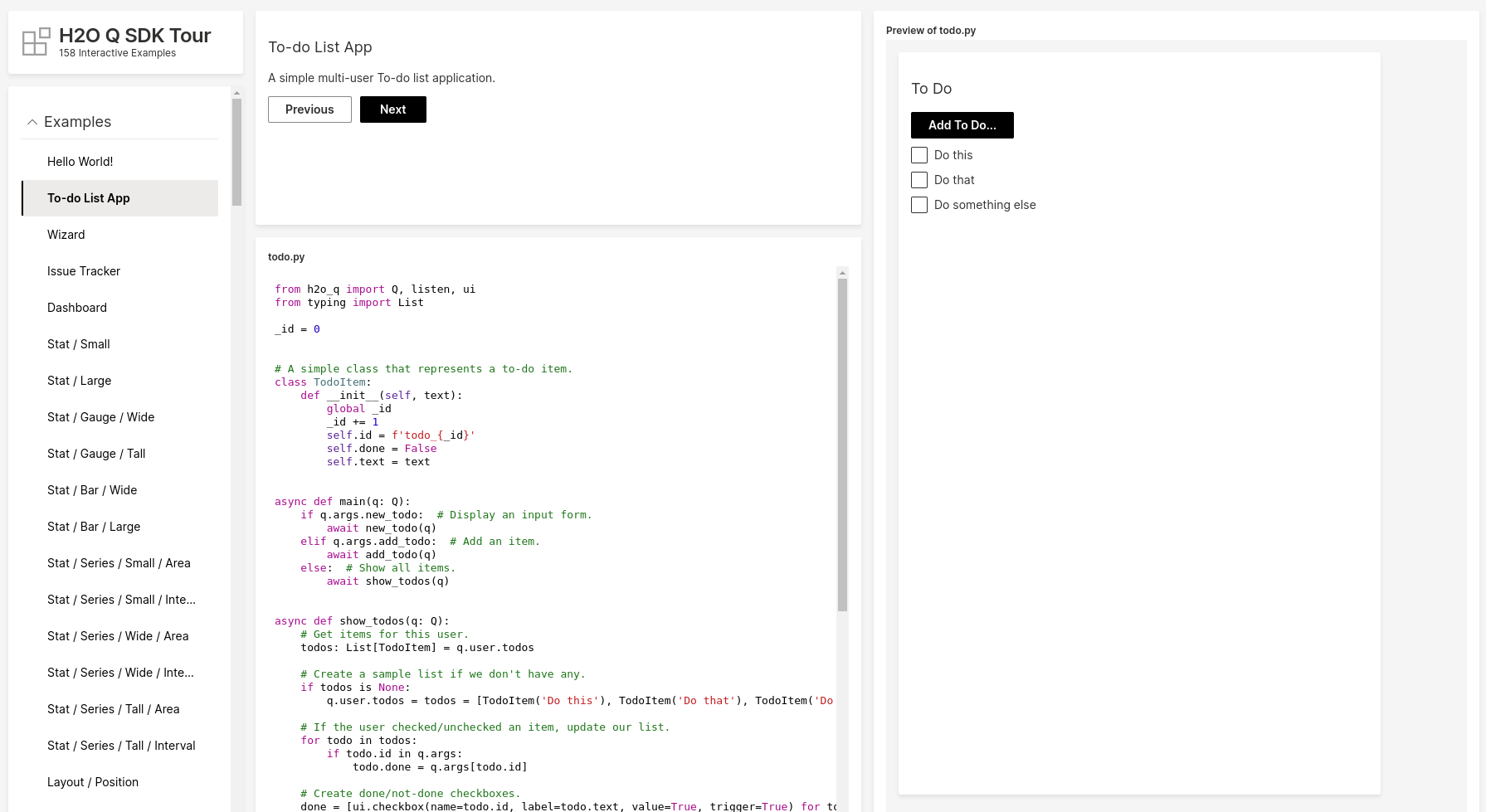 The API now provides the ability to run blocking calls in the background to improve app responsiveness. The query context q now has two lightweight wrappers over asyncio.run_in_executor(): q.run() and q.exec()

Here is an example of a function that blocks:

To call the above function from an app, don't do this:

q.run() runs the blocking function in the background, in-process.

Depending on your use case, you might want to use a separate process pool or thread pool from Python's multiprocessing library, like this:

Wave apps are now ASGI-compatible, based on Uvicorn / Starlette, a high-performance Python server.

You can run Wave apps behind any ASGI server, like uvicorn, gunicorn, daphne, hypercorn, etc.

To run your app using an ASGI server like uvicorn, append :main to the app argument:

We look forward to continuing our collaboration with the community and hearing your feedback as we further improve and expand the H2O Wave platform.

We’d like to thank the entire Wave team and the community for all of the contributions to this work!